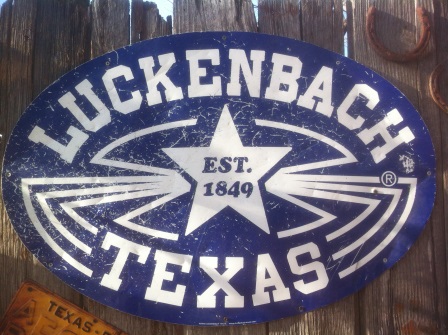 5 thoughts on “Down in Luckenbach Texas, Ain’t Nobody Feelin’ No Pain”