In the first week of July 1947, a spacecraft containing extraterrestrial life crashed on a ranch northwest of Roswell, New Mexico. Many people believe this.  Known as the Roswell Incident, it has been the subject of controversy and conspiracy theories since the 1970’s.  What is not in doubt, is that something did happen in Roswell.

There is evidence that something unusual happened here many years ago, but exactly what remains unclear.  On July 8, 1947 the Army issued a press release stating that military personnel had recovered a ‘flying disk’ that crashed near Roswell. 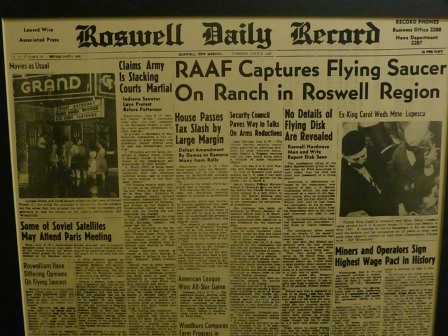 Later that day, an Army press conference was held and the debris shown was instead said to have come from an experimental weather balloon. 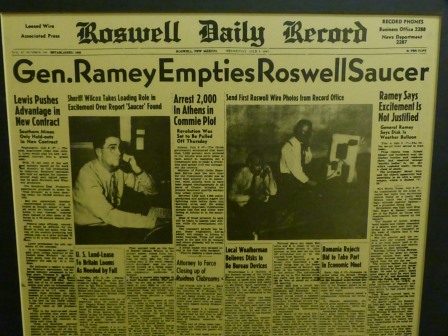 Of course, this wouldn’t be the first time the U.S. military has covered something up. 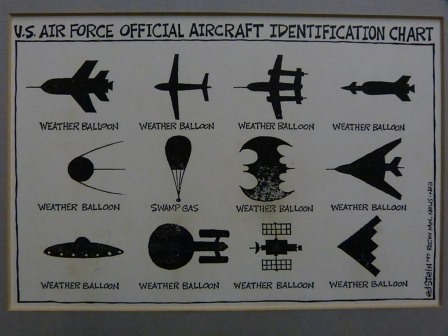 In the 1970’s interest in this incident was rekindled, and further investigations and interviews were conducted by UFO investigators and the U.S. Air Force.  The Air Force reports concluded that the debris was likely from a top-secret project utilizing balloons to monitor Soviet nuclear tests, and that reports of recovered alien bodies were likely innocently transformed memories or hoaxes.  Many UFO proponents dismiss these findings, and offer their own evidence to the contrary.

Perhaps something did happen in Roswell.  Even today, aliens occupy the town. 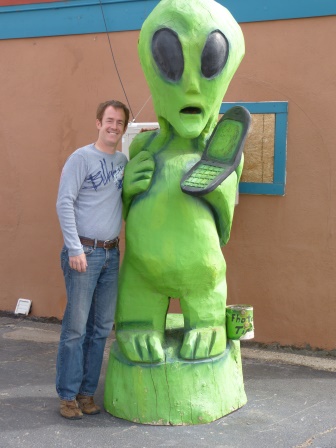 E.T Phone Home — we both share the same physique

The townspeople don’t seem to mind their presence at all, in fact, I think it might be good for tourism in this remote New Mexico town of about 50,000 people. 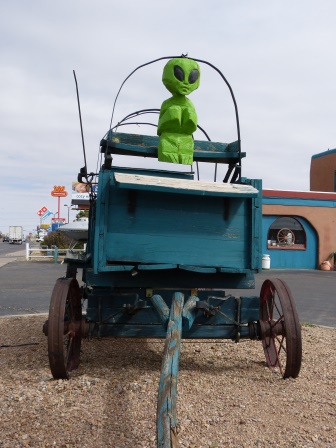 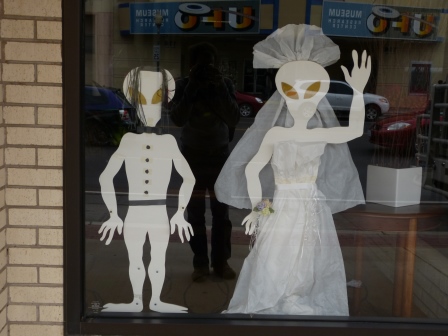 There is even evidence of alien technology, though it didn’t appear to be in operation on the day we visited. 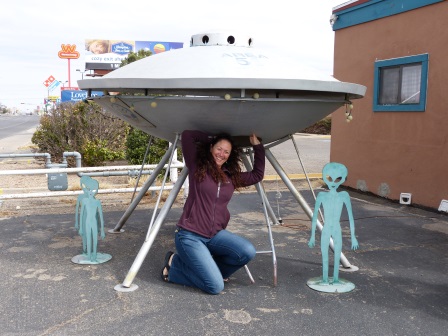 Today, Roswell is home to the International Roswell UFO Museum and Research Center.

I had the distinct pleasure of being escorted through the museum by my new friend Bob, an intelligent and thoughtful guy with a technical and military background who is also a UFO believer.  Bob, who spent a week in the museum’s research library before he came to his conclusions, was keen to show me around and answer my questions. 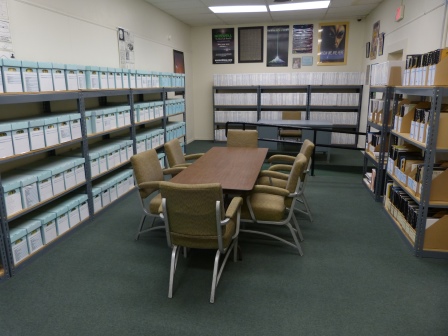 I was thrilled to be visiting the museum with a believer, and a knowledgeable one to boot.  Diane wasn’t quite so excited, and was probably thinking about the nearest Starbucks. 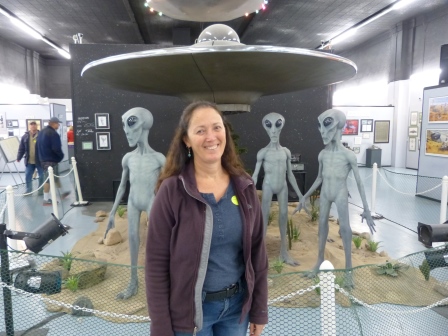 Is it over yet?

The museum provides the full chronology of the Roswell incident, laying out all the evidence in favour of a real alien encounter and a military cover-up.  In the short time I spent there, I wasn’t convinced that this was an alien encounter, but whatever happened, the military handled it poorly. 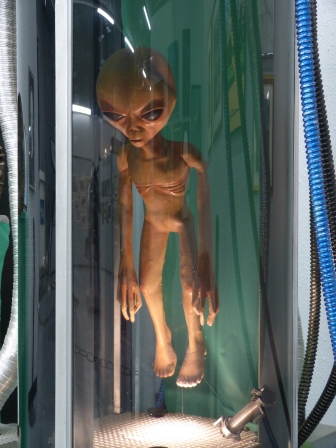 I really enjoyed my visit to Roswell.  If you are a UFO believer or just UFO-curious, a lover of kitsch, or a student of America like me, this museum is not to be missed.

What do you think happened in Roswell?  Did they really recover an alien spacecraft?