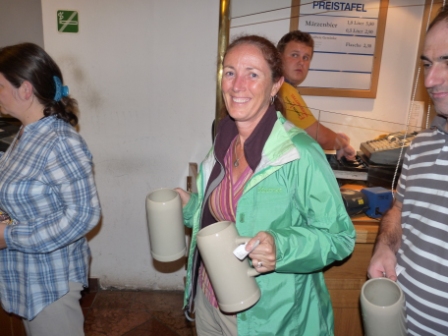 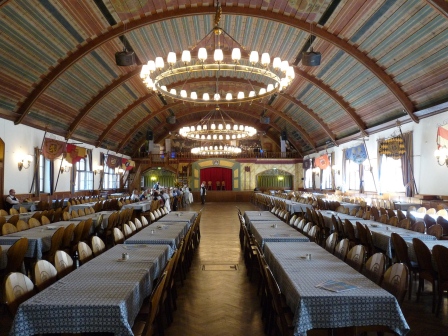 Upper floor of the Hofbräuhaus where Hitler spoke 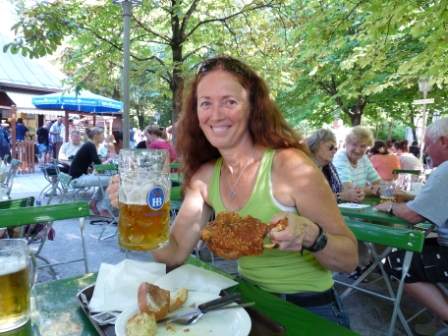 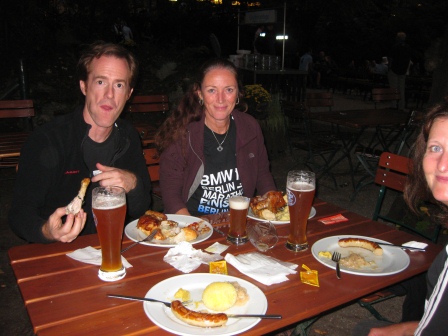 Notice how Diane’s glass is half the height of the others.