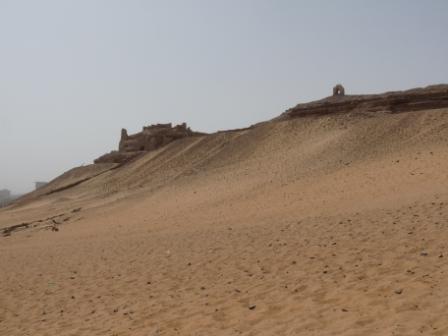 Yesterday, we set out on a hike through the desert near the city of Aswan. After taking a ferry across the Nile, we started walking near the Tombs of the Nobles, ancient Egyptian tombs from 2000 BC. We hiked up to a citadel high on a hilltop, then headed cross-country to an abandoned Christian monastery.

The monastery of St. Simeon was built in the 10th century. From this monastery, monks traveled south to Nubia (current day Sudan), hoping to convert the Nubians to Christianity. It was destroyed about 900 years ago, but was later used by Muslims as a stopping point on their way from Africa to Mecca, in Saudi Arabia.
Our trek started well, with much hand holding, picture taking, etc. 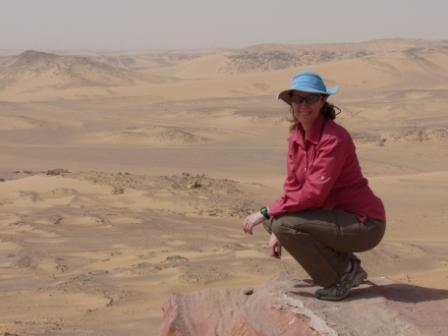 The return trek was harder, and the sun hotter. 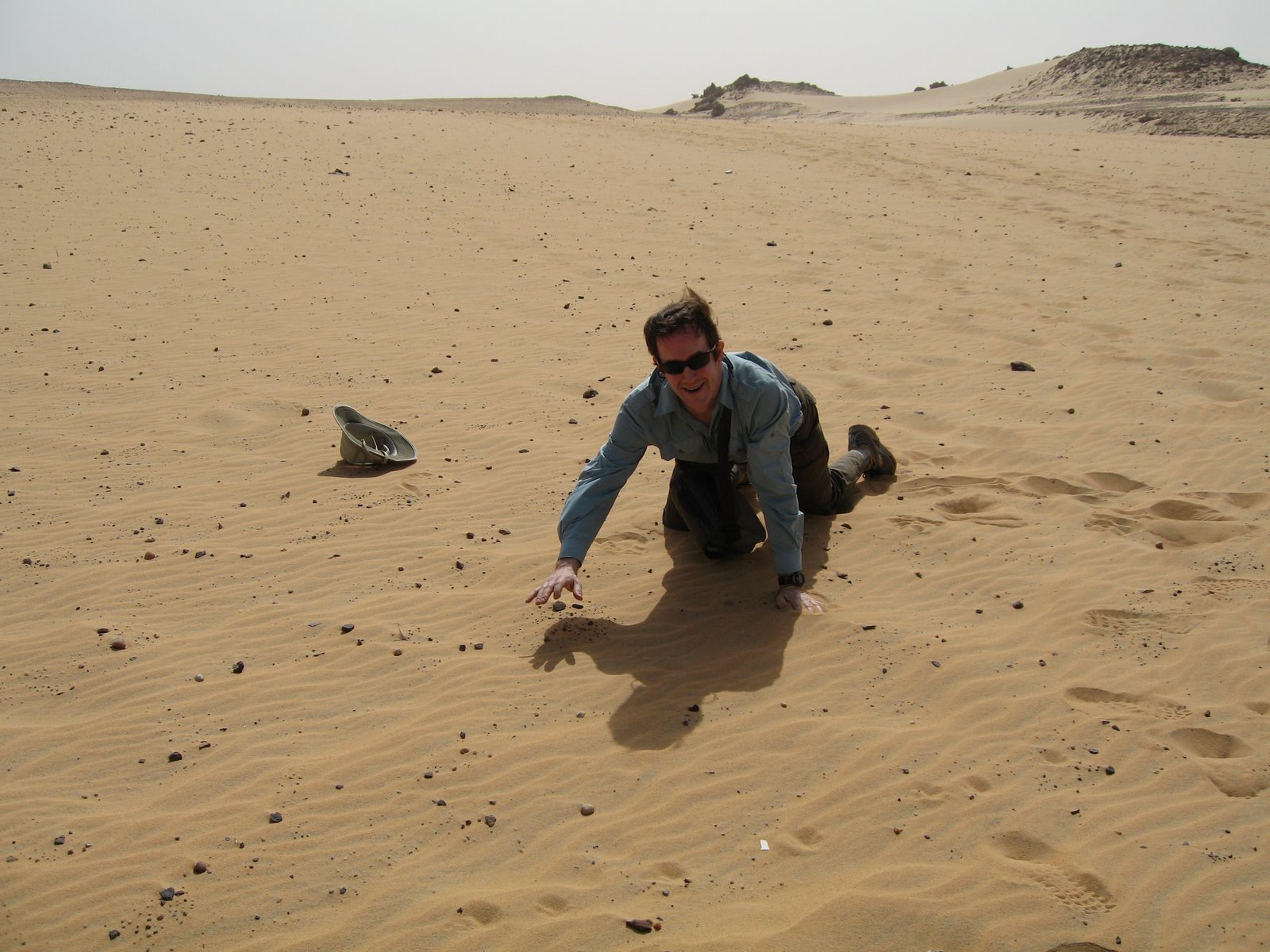 Just then, out of the desert sands, two young Nubians appeared on camels. They offered us a ride, and although our situation left us in weak bargaining position, Patrick negotiated a lower fee.

Patrick stayed astride his saddle expertly, even when it released unexpectedly from his camel, and both he and the driver came crashing down on the desert sand. 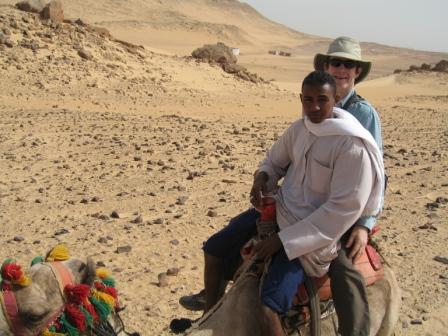 You don’t know how tall a camel is, until you fall off one onto your shoulder. It is far better to be on a camel, than laying beneath one (have you smelled their breath?)

After re-saddling the wicked beast,

whose name was Caroline,

we were once again headed across the desert.

With the assistance of our desert rescuers and their furry friends,

we made it out of the desert, in time to enjoy much needed refreshment from a boat on the banks of the Nile. 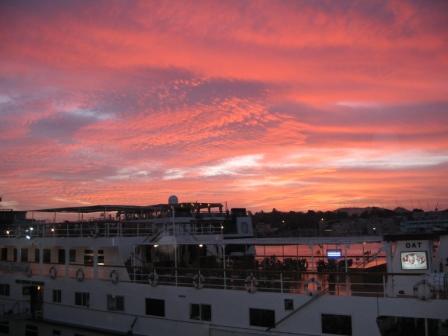 P.S. Diane has taken a liking to an Egyptian beer called ‘Stella’, which has been brewed in Egypt for over 100 years. It goes particularly well with Aswan “targen” (tar-jen), braised dishes of meat or vegetables cooked in clay pots.