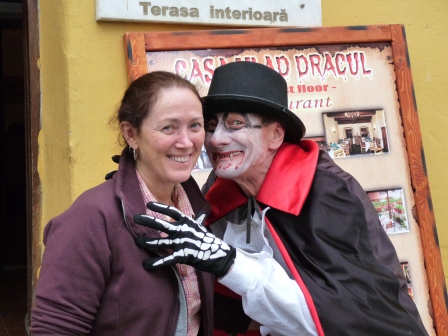 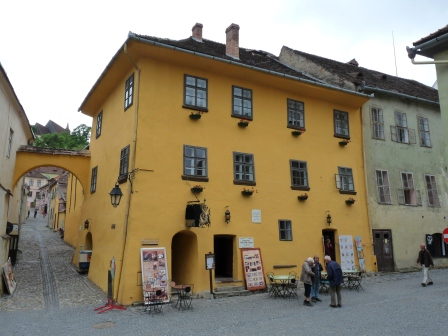 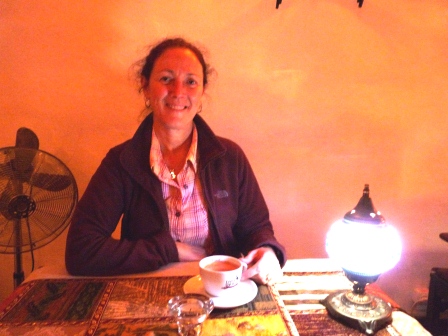 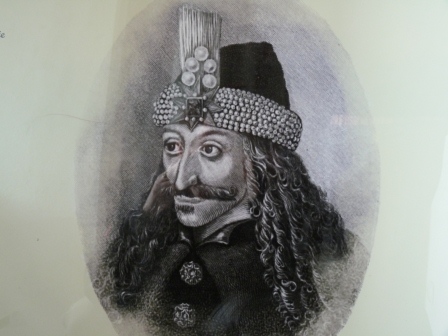 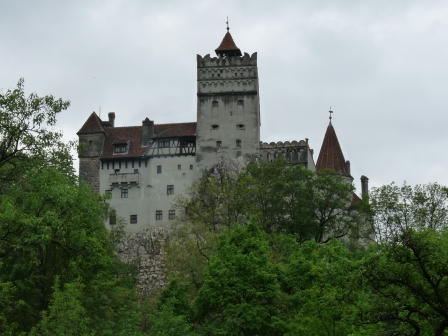 We were camped at the foot of the Tatra mountains in Northern Slovakia.  The sun was shining and the mountains were beautiful, literally begging to be climbed, but we had other plans this day. 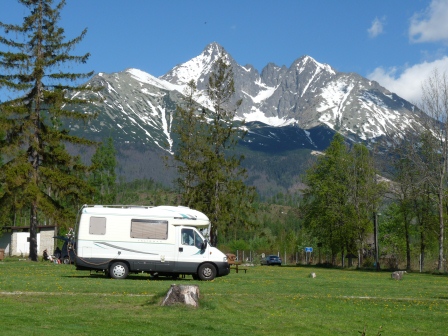 S&M Motel at the foot of the High Tatras

I went for a run on the hilly trails while Diane planned our route south.  We were heading first to Spišský Hrad, the ruins of a 12th Century castle that along with the surrounding region is a UNESCO World Heritage Site. 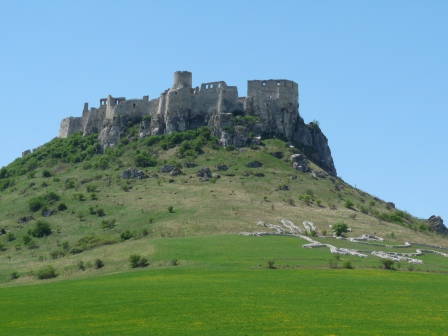 It was less than 1 hour of driving through the beautiful Slovakian countryside to our destination.  This route is ornamented with rolling hills and picturesque villages right out of a Brothers Grimm folk tale.  The previous day our route had been blocked temporarily by a wedding party in traditional clothing getting into horse carts. 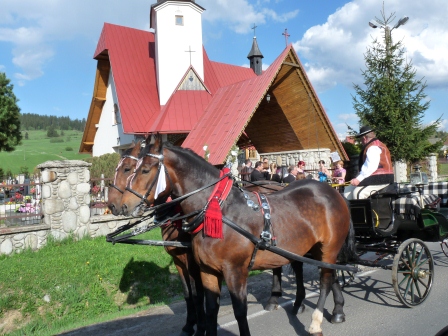 Wedding Wagon in the Slovakian Countryside

I was slowing as we headed down a hill toward an upcoming construction zone.  The speed limit dropped quickly from 90 km/h to 40 km/h.  Diane said that there were police up ahead so I braked a little harder.  I was pretty sure that I was under the limit (or pretty close to it), but as we approached them, one of the officers waved me over using a short stick with a reflector on the end of it.  I pulled over and tried to look innocent.

The officer had to walk around the car as our steering wheel is on the wrong side (or as Martin would probably say, the correct side but in the wrong country).  He seemed pleasant enough but he was speaking to us in Slovakian, so it was hard to be sure.  I smiled and said, “English”.  Fortunately he spoke very basic traffic cop English.  “Driving license, car registration, and documents”, he said.  We took the later to mean my passport.  We searched for a couple of minutes to find all three, and debated whether I should also offer him my International Driver’s License or not.  After all, I paid $15 for it at BCAA and haven’t needed it yet, so why not get my money’s worth?

He stared at my driver’s license for a bit with a puzzled look on his face and then walked to the front of the S&M Motel to check the license plate.  He walked back to my window and said, “You need a vignette. This one is finished.” and then pointed to the small coloured sticker on my windshield.  I’d placed it there last October when we arrived in Slovenia on our way south from the Czech Republic.

Vignettes (pronounced ‘vin-yets’) are a method of taxing vehicles that is used in some European countries (Austria, Bulgaria, Czech Republic, Hungary, Montenegero, Romania, Slovakia, Slovenia, and Switzerland).  All vehicles using the road are required to pay a tax, regardless of the country of origin of the vehicle.  A small sticker is then affixed to the windshield to indicate that the tax has been paid.  Vehicles like ours that travel through a lot of these countries can end up with a windshield looking like it was decorated by a kindergarten class!  Vignettes are typically available for as little as 4 to 10 days or up to a year, and usually cost $10 to $20 dollars for the minimum duration.  When entering a country there are usually signs indicating that a vignette is required, which are then reinforced by the many additional signs of the various vendors offering to sell them.  Unfortunately there were no such signs, at least none that we saw, when we entered Slovakia on small mountain roads the previous day and so we had forgotten to purchase a vignette. 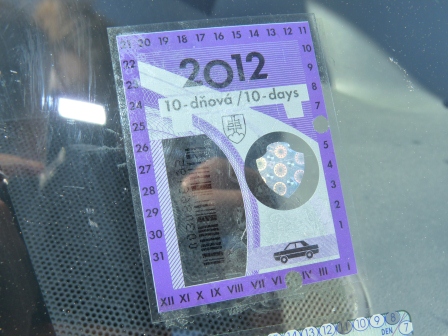 While we were waiting I noticed that what I had initially thought was a radar gun on a tripod was in fact a spotting scope.  They were using it to look at a distance for cars without current vignettes.  This gave me some hope that I wasn’t going to receive a speeding ticket also.

The police officer returned and said in pretty good but halting English, “The max-i-mum fine is 140 Euros.  The min-i-mum fine is 40 Euros.”  I said, “I’ve got 40 Euros” in an attempted presumptive closing.  In Slovakia, as in many European countries, police issue ‘on-the-spot’ fines, which means that you have to pay in cash immediately.  I’ve always wondered how having police offers handle cash didn’t promote corruption, and I was about to find out.

Diane dug out €40 from the back and I handed it over the officer.  It felt very strange to be handing money to a cop through my car window, like something that happens in Africa (right Norma and Wayne?) but not in Europe.  A few minutes later, he returned with 4 chits worth €10 each as receipts for my payment.  He then told me to drive to Levoča, the next village, where I could buy a vignette at the Shell station.  I nodded and said that I would.  He returned my papers and waved us on.

I was grateful that I didn’t receive a speeding ticket (not that I think I was nor would admit to speeding), and thankful that the fine wasn’t larger.  Checking online later we read that driving without a vignette in Slovakia can result in a cash fine from €100 to €500 ($150 to $750).  Who carries that kind of cash?  And why is the amount of the fine not specific?  On what basis do police officers decide which people to charge 20 times as much as we paid?

Anyhow, we were not unhappy with the result.  It could have been a lot worse.  Diane was afraid we were going to Soviet prison.  We bought a vignette in the next town as instructed and were on our way to the castle.