In the city of Bautzen in the Saxony region of Germany stands St. Peter’s Cathedral.  It was built between 1456 and 1463, and had major restorations in 1634 after much of the town was destroyed by fire. 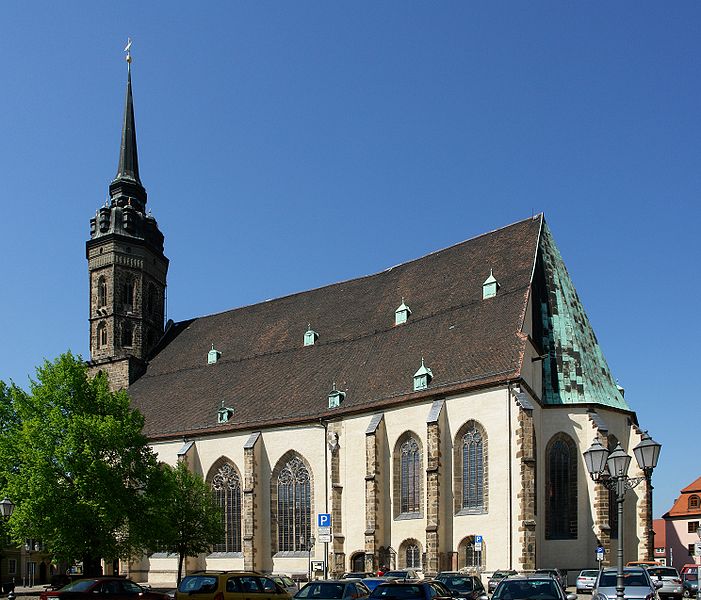 What I find most intriguing about this church is that it is shared by Catholics and Protestants.  Since 1530, the church has been home to two different congregations.  The church is divided into two halves, each of which has its own alter, pulpit, organ, and pews.  The two organs are sonically matched to one another, allowing them to be played together.  The separate hours of services are set by a contract made between the two groups in the year 1583 and which is still in effect today. 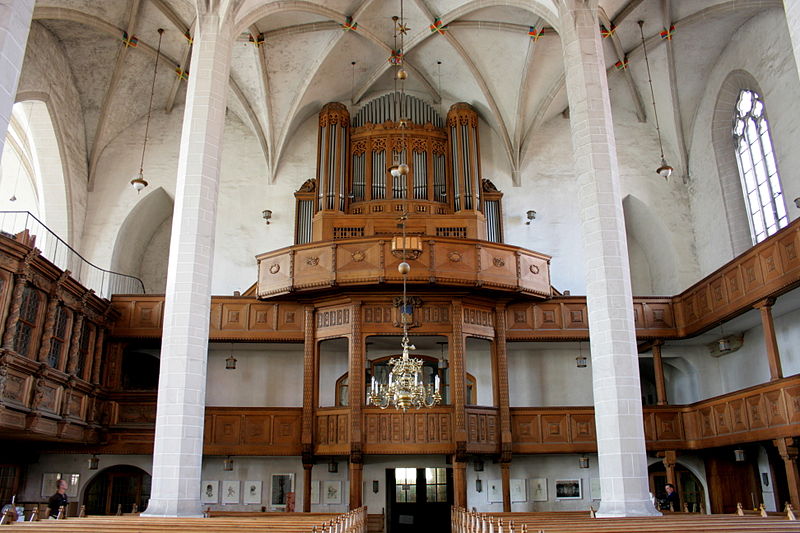 St. Peter’s is the oldest Catholic-Lutheran shared church in Germany.  Shared churches are known as “Simultaneum”, where public worship is conducted by adherents of two or more religious groups.  They became common in some parts of Europe in the wake of the Protestant Reformation.  In Bautzen, an Evangelical Lutheran started preaching in the church in 1523, which eventually lead to the sharing of the church by two different congregations.

This arrangement hasn’t been without some tension.  There is a railing about 1 meter high between the two halves of the church.  This railing is a diminutive replacement of its predecessor which was about 4 meters high (12 feet) and which was considered necessary in tenser times.  The Catholics were expelled from the church for a short time in the Bohemian Uprising on 1620.

I find it inspiring that in this town in the former East Germany, two different religious groups have been worshiping collaboratively in very close proximity for almost 500 years, while the same groups have clashed violently elsewhere (e.g. Northern Ireland).  Apparently religious tolerance is possible and sustainable.  I think they set a moving example for others to follow.