The following article classifies the many species of toilet that we’ve encountered on our journey. Although we are not trained biologists, we believe that we have now spent enough time in the natural environs of these commodes to make an initial classification possible.

This is an elusive breed, very similar to that which is native in North America. They are generally found only at lofty elevations, such as mid-range or high-end hotels. They are domesticated and can be handled with minimal risk.

The Hover is sometimes confused for The Sit from a distance, as they are members of the same family. On closer inspection the Hover can be distinguished because they are either lacking a perch or so foul that human contact is hazardous. These are observed frequently but should never be touched. It is therefore necessary to use one’s foot to prod them into action.

The Squat sits lower to the ground, and is therefore harder to spot than The Sit. A Squat should only be engaged by an experienced individual with the necessary dexterity. There are three sub-species, the first resembling porcelain, the second stainless steel (usually found on trains), and the third a feral variety found only in small villages and which never leaves its burrow (so all you see is a hole in the ground). 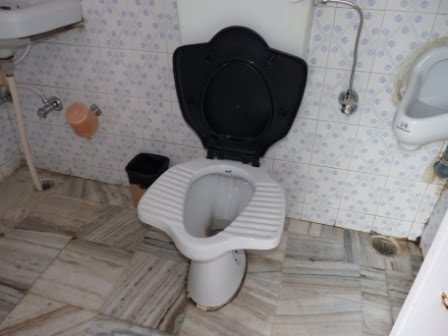 The Hybrid is a rare species, a result of human cross-breeding between the naturally occurring Sit and Squat varieties. It has the primary characteristics of a Sit, but when viewed from above has a broad corrugated rim which can be mounted only by the most skilled of handlers. Most collectors prefer one of the purebred varieties.

The Al Fresco is strictly an outdoor variety and has a wide-ranging habitat. In the
countryside, it can be observed almost anywhere, and includes both genders. In cities, it tends to be seen in alleys and vacant lots, and is more active nocturnally when males of the species are foraging. In Africa, it is sometimes spotted by deserted roadways where buses stop, with the males and females segregated to different sides of vehicle. Unfortunately, it is sometimes observed on the beach, despite the obvious risks. Even when you do not see it directly, you become aware of its presence by the sight or smell of its waste products, which are different than those of other mammals.

Exceedingly rare is The Composter. In our experience, its range is limited to the African country of Malawi, and during our entire expedition we’ve only encountered two examples of this uncommon breed. It dwells in close proximity to humans, typically close to lakes or environmentalists, and has a very low impact on its habitat. The finer specimens of this species are coloured so as to fit into their surroundings, and may utilize potted plants for camouflage. This creature has two digestive tracts, switching back and forth between them every six months to allow the other to process. 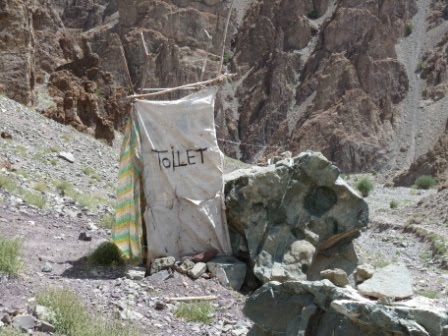 Like tigers, this species is both very rare and very dangerous. The Tiger Trap disguises its large burrow with a latticework of sticks over the opening. This allows humans to walk over top, depositing waste into the hole. This is an exceedingly dangerous maneuver as the grid can easily give way, dropping the potential victim into the burrow. Also the grating itself is usually soiled and therefore slippery, and sometimes too flexible to support larger humans sufficiently. For safety, a Tiger Trap should only be approached in pairs, and never at night.