Things started out simply enough.  We wanted to get some extra keys cut for our RV.  We asked at a hardware store, but they didn’t have the blanks required to cut motorhome keys.  In Quartzsite, we were pleased to find a guy cutting keys out of his trailer, and he specifically caters to RVers.

The locks on the exterior compartments of our motorhome were stiff.  Sticky.  Downright difficult to turn.  While figuring out which keys to have cut, I managed to break one off in a lock (one that I’d previously bent and straightened in Mountain View), jamming the blade inside the lock cylinder.

I explained my dilemma to the guy who was cutting our keys, and he kindly suggested the rather complicated steps I should take to remove the lock cylinder, after which I could push the broken key out from the back side.  He loaned me a lock pick (aren’t they illegal?), and then reassured me by saying, “I’m not a locksmith”. 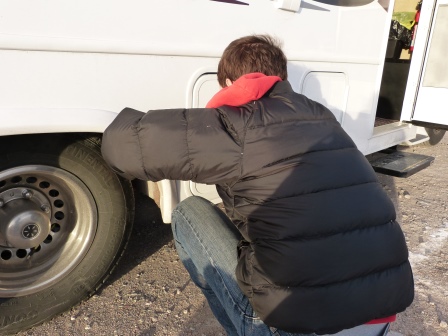 Tying to remove the lock cylinder

After a lot of trying I couldn’t get the door open using his technique, but I did manage to pick the lock and open the compartment.  I disassembled the latch from the inside, thinking I had my problem solved.  The latch came apart into many pieces, and eventually I was able to remove the lock cylinder and push out the broken key. 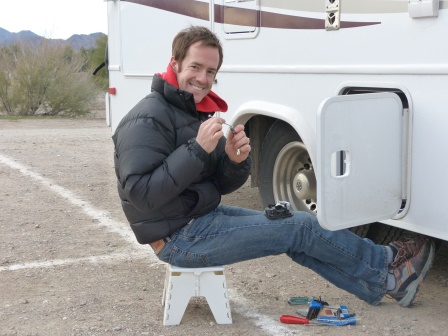 Reassembling the latch turned out to be tougher than I expected.  I knew the order of assembly, but could not for the life of me figure out how to put the pieces together.  So now I had an open compartment without a latch. 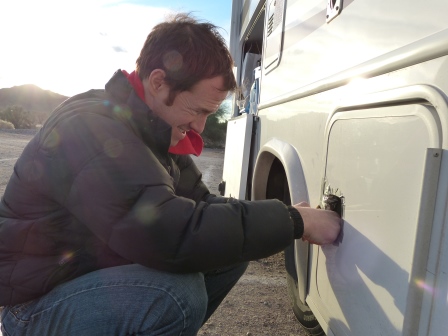 I reverted to Plan B, pulling out my ‘go-to’ tools – duct tape (I’m Canadian after all) and rope (I’m also a Queen’s Scout – yes I know that sounds kinda gay, not that there’s anything wrong with that).  I also incorporated a bit of bubble wrap, but I’m not bragging. 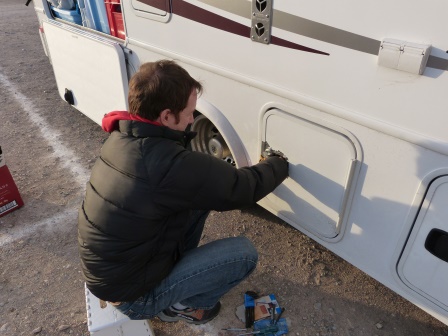 Plan B In Progress

And Diane says that I’m not handy. What do you think? 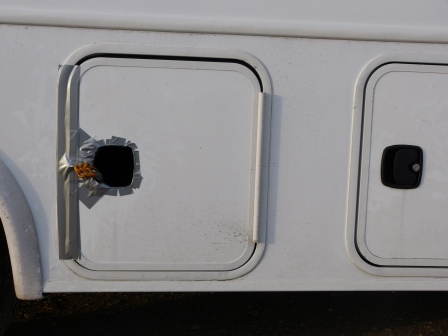 Almost as good as new