With almost no concern for residual radiation, we approached the checkpoint guarding the entrance to the White Sands Missile Range.  We were directed toward a woodland of lethal sentinels rising from the desert.

Located in southern New Mexico along the Jornada del Muerto (‘route of the dead man’) Desert Basin, at 3200 square miles (8300 sq. kms) White Sands is the largest military installation in the United States.  Chosen because of its deserted but accessible location, clear skies, warm temperatures, and low vegetation, it was a bombing and gunnery range during World War II. 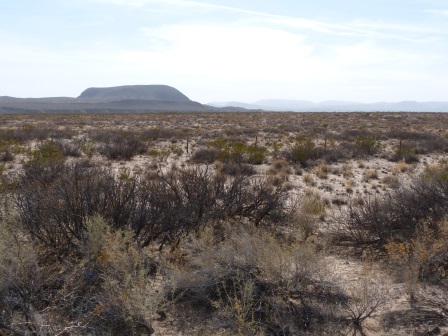 On July 16, 1945, the world’s first atomic bomb was detonated here at the Trinity Site (hence my ‘radiation’ comment). After victory was achieved in Europe, 300 railroad cars of superior confiscated German V-2 rocket components were delivered here, and White Sands became the place where America raced to develop and prove a wide range of missiles for the Army, Navy, and Air Force.  White Sands is also used to launch and test technology for NASA and in 1982 the Space Shuttle Columbia landed here. 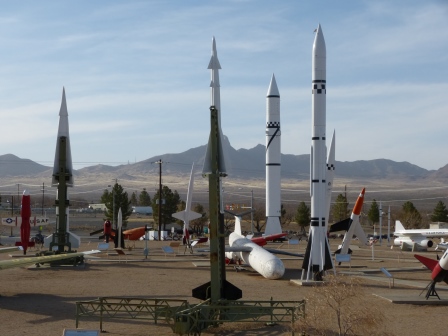 The White Sands Museum and Missile Park displays the family tree of American missilery.  Here you can view most of the deadly weapons systems whose given names we vaguely recognize from news reports (e.g. Patriot, Pershing, Lance, and Sidewinder).  Does the word ‘park’ in the name seem somewhat inappropriate for an arsenal? 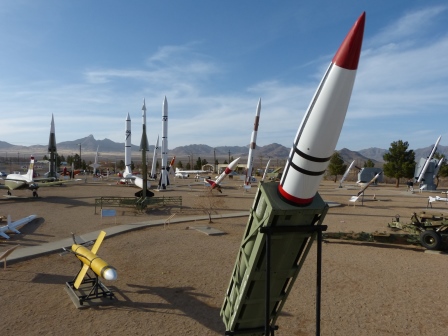 Do you remember the SCUD missiles launched by Iraq into Israel and Saudi Arabia at the opening of the Persian Gulf War?  One of the many weapons systems on display here is the PATRIOT (‘Phased Array Tracking Radar to Intercept On Target’), one of America’s commonly used Surface to Air (‘SAM’) missiles. 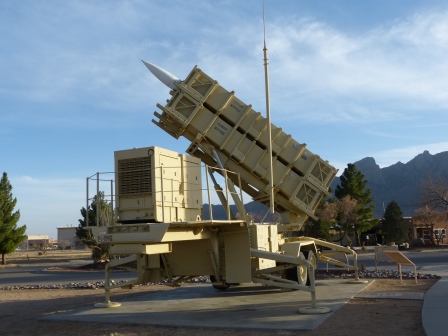 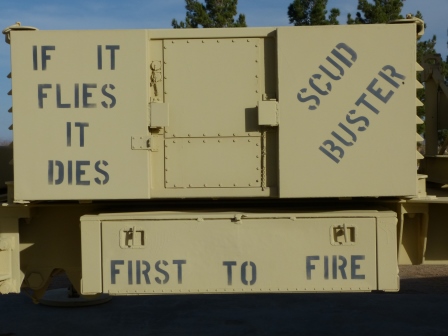 The White Sand Museum and Missile Park is located off Highway 70 about 25 miles north of Las Cruces, New Mexico.  Admission is free but visitors must show identification to pass the military checkpoint.