We’ve reached the point in our journey where we are about as distant as we’re going to get from London, our starting place for Phase 2.

The blue lines on the map below show our route for Phase 2 so far.  Phase 1 is in Red. 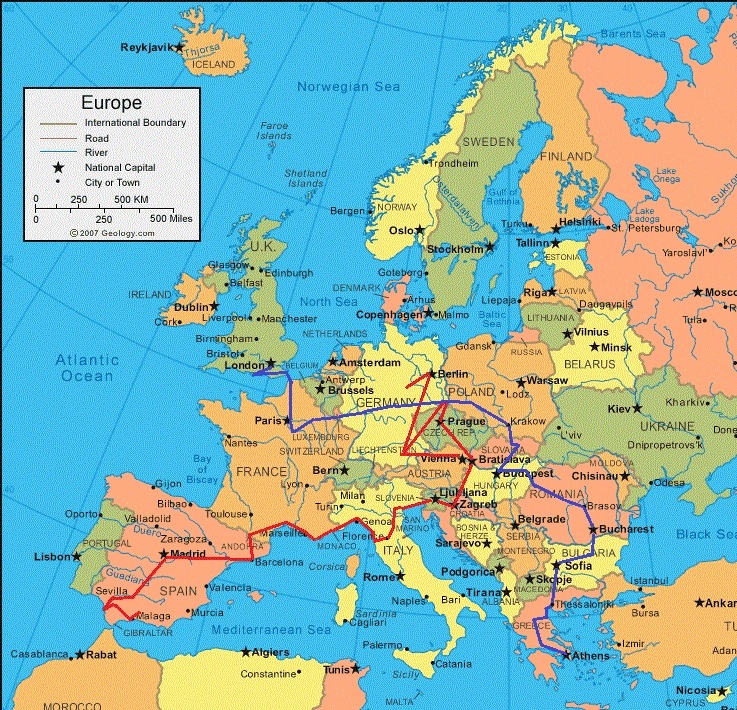 This may look like the random walk of a drunken sailor, but there is considerable planning behind it.  The only places we’ve re-visited so far are in eastern Germany, but we expect that we’ll cross our tracks several times before we’re done.  Despite my best efforts to proceed in an orderly and efficient manner, there are a lot of factors that have influenced our route including desirable locations, weather, meetings with other people, special events/festivals, etc.  We’ll be heading through Italy next then continuing West.

So far, Phase 2 of our European journey is going well.  The S&M Motel is running great, and we’ve gotten back into the swing of free camping after a lot of campgrounds in Eastern Europe.  The weather has finally improved after raining almost every day in April and May. We’ve learned how much nicer it is to be traveling by motorhome when it’s warm and dry.  We sit outside to eat and read.  We can shower without heating the water first.  Now we’re wishing we had air-conditioning!