Diane and I stopped for the afternoon in the quaint French town of L’Isle sur la Sorgue, located on a small island in the Sorgue River in the Provence region of southern France. L’Isle sur la Sorgue is known for its antiques, markets, and working water wheels. In this town of approximately 20,000 people there are over 300 antique and second hand shops!

Because we arrived during the long French lunch break (typically 2 hours), we started by walking the perimeter of the small island, which is a bit larger than Granville Island in Vancouver. Afterwards we wandered the interior streets looking for the Benjamin bakery which was recommended to us by an Aussie foodie we met, who claimed that she had had the best croissant of her life there. Unfortunately, we didn’t find it, so we can’t comment on the veracity of her claim.

What we did find though was a small barber shop. A hole-in-the-wall on a side street with 2 chairs and a group of young men waiting on the stoop who said it was a good place with a good price. I haven’t cut my hair since just before Ironman in mid-August, so I figured it might be a good idea to get a trim. Diane agreed that I was in need of one. 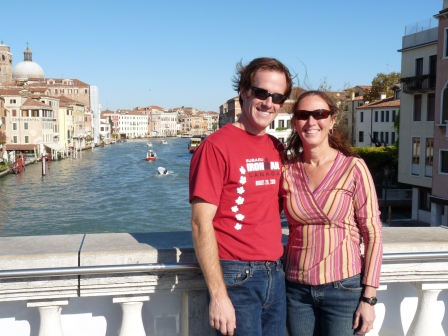 My hair blowing in the Venice wind as much as Diane's

We sat down and waited for a long time while the young guys had their cuts. Both they and the barbers appeared to be of middle-eastern descent. They were all having ‘razor cuts’, trimmed short on the top and shaved with a razor on the sides and back. These cuts are elaborate events that took longer than I would have hoped.

While waiting, I jokingly bragged to Diane how fortunate she was to have married a man who, in his mid-forties, still has most of his hair with nary a grey one in sight.

Pride goeth before destruction, and a haughty spirit before a fall.

When my turn came, I was glad to get the barber who had longer hair, styled in a carefully orchestrated, deliberate mess. I sat in the chair and explained in broken French that he should cut it “a little bit”. I clarified, “2 centimetres maximum” augmenting with hand gestures. He pointed to his head and said something that I took to mean, “like mine?” Although I didn’t want his style, the length was about right, so I nodded in agreement.

I knew right away that things were going badly. He started with a large electric trimmer, lopping off large sections of hair at the rear. I called Diane over to consult. She too sensed the problem, but there was little to be done at this point. You can’t leave the top long when the back is gone (can you say ‘reverse mullet’?). She returned to her seat, and I bit my tongue while the barber finished the job. I worried when he went after my eyebrows with pair of scissors. More so when he used the same scissors on my nostril hairs (how many other noses had they been up?). I got really worried when he pulled out a straight razor to shave my neck and behind my ears.

In the mirror, I could see that Diane couldn’t wipe the smile off of her face. Was she thinking that it was finally time I got my hair cut? Perhaps she was just amused with my torment.

Hair at the front of my head doesn’t grow as quickly as it once did. Like trench warfare, every inch is hard fought and I’m hesitant to lose any ground. So I was pleased when he left it longer (a relative term) on the top.

Anyhow, here is the result. 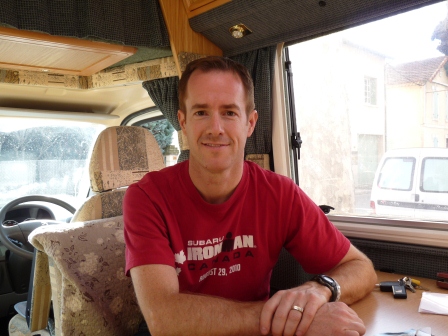 Probably the shortest hair cut that I’ve had in 20 years, and much shorter than what I’m accustomed to recently. I left in a mild state of shock. I’m still recovering. I’m hoping it stimulates Diane’s latent ‘men in uniform’ fantasies…

I went to the early morning market the other day and my head was cold. I think I’ll start wearing hats. 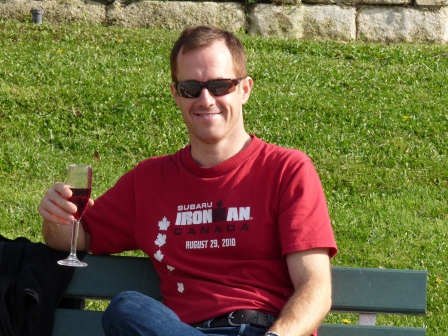