After a challenging few days of getting here, we finally reached the country of Malawi. We arrived after thirteen hours of travel from Mbeya Tanzania, to a popular backpacker hangout called Nkhata Bay, on the western shore of beautiful Lake Malawi.

Our arrival just after dark was blemished by our vehicle being surrounded by touts in pursuit of a commission, who threatened our driver, and then ran ahead of our vehicle blocking the dirt road to ensure that they arrived at whichever hotel we were heading to before we did. We arrived at our chosen resort and got a shared room with the other Canadian couple (Terence and Natalie) that we’ve been traveling with recently. On the way to our cabin, we told the night manager why we didn’t think he should pay the touts in our case, and he obviously agreed with us, because a couple of them made a point of telling us so when we walked into the village the next morning. 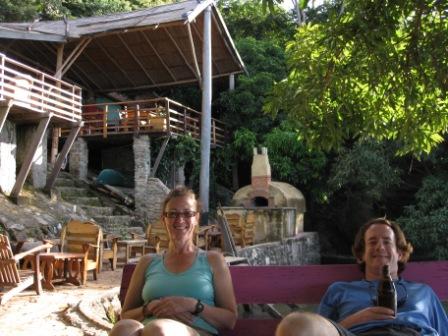 Despite this, Nkhata Bay was lovely. Cabins on a hillside overlooking the water. A beautiful open air shower on the edge of the lake. The nicest outhouse (aka composting toilet) that I’ve ever seen, decorated with lovely potted plants. Great food, though very expensive by local standards, it was still cheaper than Vancouver, and the beer was still half the price of home. Fresh water snorkeling, with thousands of small colourful fish called ‘cichlids’. 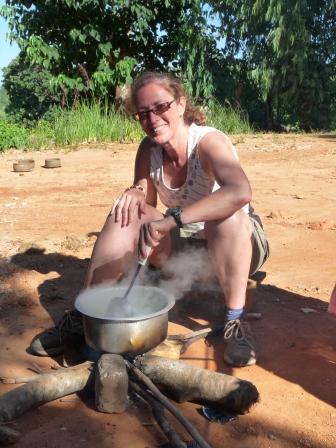 Patrick went on a challenging hike, which included getting a bit lost in the jungle and steep scrambling to a summit, while Diane and two other women went to a pottery making and local cooking class in a village about 90 minutes walk away.

Patrick and his hiking companion, a recent PhD graduate from Holland, timed their hike so as to arrive just in time to enjoy the food the ladies had cooked. It included nsima (the local staple made from cassava flour, which Diane ground and sifted herself), cassava leaves that they had picked, yellow flower buds (perhaps from pumpkins), and usipa (small dried fish) that had been cooked in oil with a bit of tomato paste. The fish are eaten heads, bones, scales, and all. We didn’t eat very much by local standards, but we didn’t want to offend our hosts. 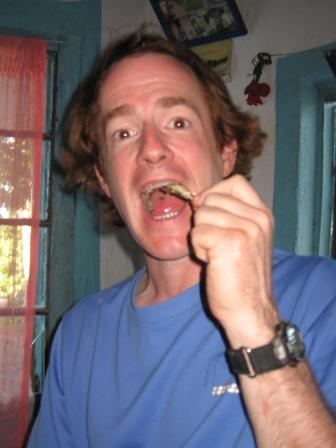 After three days, we left Nkhata Bay rested, and headed north to Nyika National Park. As usual, our transport was a challenge. Our fourty minute mini-bus ride took three hours, when a local man was removed from the bus by police for transporting little fish. He must have done something wrong, because everyone else on the bus was also transporting little fish. When we made it to the nearest town, we negotiated a taxi to take us to Chilimba Camp, about 180 kilometers away, two thirds of which is on gravel roads. We were looking for a 4×4, but were assured by the driver that he had done it many times in his car. We made it to the park gate, but had two flat tires simultaneously about ten kilometers further on. We changed one tire to the spare, and did a temporary patch on the other tire (which was leaking but still had some air) with crazy glue and some spare tent material. It was enough to get us back to the park gate, where we waited for a few hours until we got a ride (for the final sixty kilometers) in the back of a park ranger’s pickup truck, which we shared with a drunk park employee. Although the ride was cold, the sun was setting over Zambia, and the moon and stars came out in full glory.

Our objective in Nyika National Park was to hike across the Nyika Plateau, a three day trek from Chilimba Camp to Livingstonia. We had rented a tent, two foam sleeping pads, and two blankets from a guy in Nkhata Bay, because we have no camping gear with us. In the park, we arranged a ranger to guide us, and a porter to carry our food and extra gear. We didn’t have any cooking gear, but the guide and porter let us share their pots, and we borrowed some spoons from the camp. 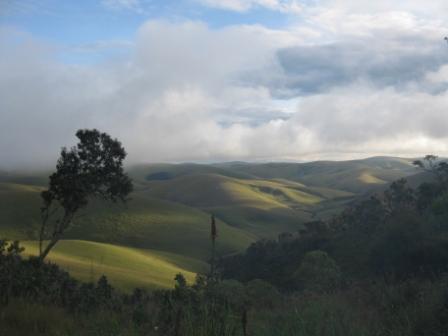 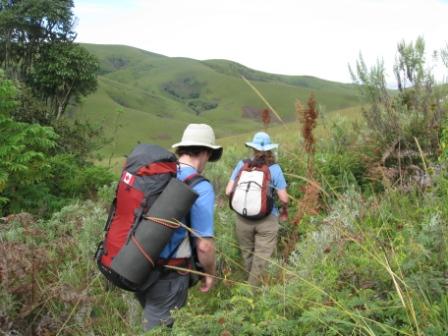 The hike was terrific. The plateau we were walking across was a beautiful landscape. We saw some animals, but not as many as we’d hoped. The first day we camped on the high plateau, at about 7000 feet. The second day we started to descend and we spent the second night in a rural Malawian village, camped right in the center of the village green. We could get soda and beer there, but they had no electricity or refrigeration, so both were warm. 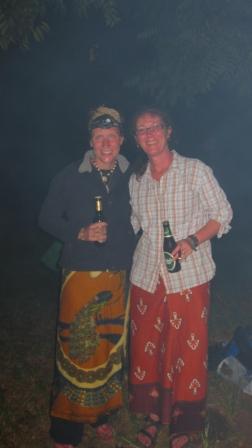 The last day we ascended to Livingstonia, a missionary post named after Dr. Livingstone. We spent the next two days relaxing to recover from our trek, except for a nine kilometer hike down the mountain to the beach, and then we were ready to move on to our next adventure.