I drove the S&M Motel through the narrow, often challenging streets of Europe for 9 months without a single traffic incident, so perhaps I was overdue.  In Alamogordo, New Mexico,  after spending the morning at the New Mexico Museum of Space History, it was my time.

Here is the statement I gave to the insurance company. Items [in square brackets] are comments that I added later.

I was driving our motorhome in the right hand lane.  I approached the intersection with my right turn signal on, and came to a complete stop at the stop sign.  There were three traffic lanes in my direction of travel, two lanes that went straight through and to the left of them, one left hand turn lane.  I was in the rightmost of these three lanes.  To the right of my vehicle was only a paved shoulder.   There were no other traffic lanes to my right. 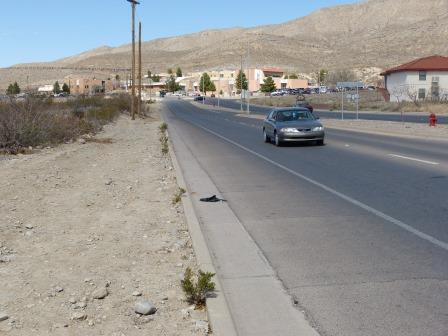 When safe to do so, I proceeded to turn right and heard a noise to the rear of my vehicle.  I looked back in my right side mirror and saw a red car behind me. 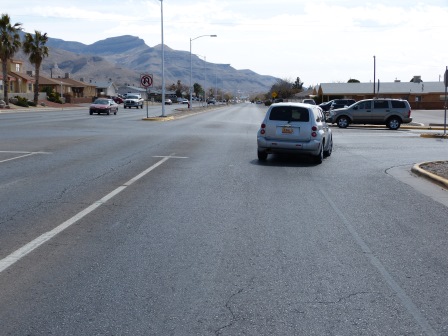 A car turning right where I did

I parked my motorhome as soon as it was safe to do so and the red car [a Volkswagen Jetta] stopped behind me.  There was damage to the right side of my motorhome towards the rear.  The single occupant of the red car [a young male] and I exchanged driving license and insurance information.  He said to me, “I thought you were going straight”. 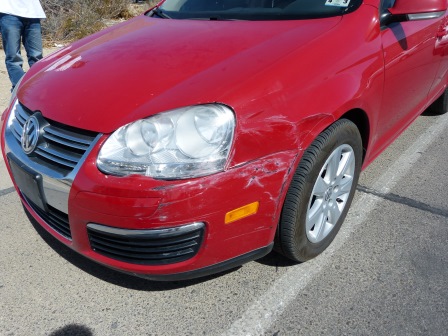 The other guy and his damaged car

Two police officers soon arrived, after which I did not speak to the other driver.  The police officer asked me what had happened and I explained.  He told me that there had been two other witnesses to the accident, the occupants of an ambulance that had been traveling in the same direction as I had been, and that was behind both my vehicle and the red car at the time of the accident. 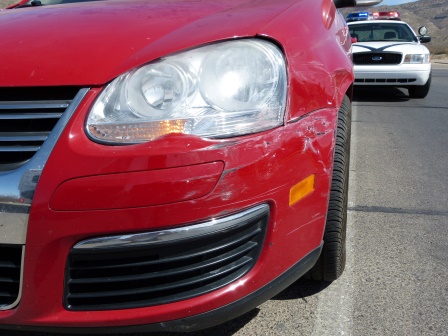 Damage to the red car with the police in attendance

Yes, I know that the last part of my statement contained a lot of hearsay, but I thought it couldn’t hurt.  The accident report will be available soon (the Alamogordo Department of Public Safety puts them up for sale on a web site – can you believe that?).  I’m hoping that it is clear and accurate.  This is important because my ICBC insurance adjuster told me that the other driver is claiming that I hit him!

As for our motorhome, there is damage down the right side from about the mid-point back. 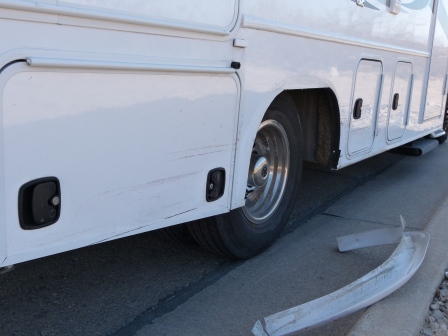 Damage down the right, rear side of our motorhome

Our right rear fender was torn off, the fiberglass is scraped, and the outside compartment doors, hinges, and latches are damaged.  Hopefully there are no structural issues. 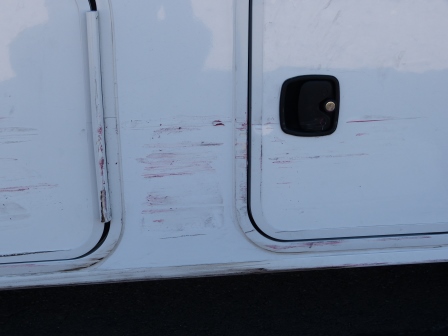 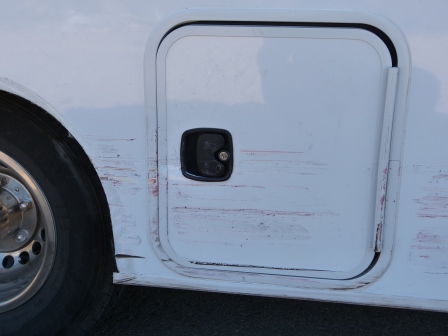 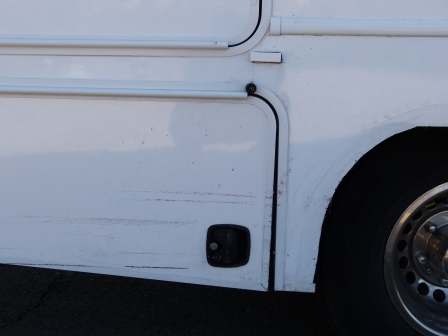 Because our motorhome is still driveable and because RV collision repairs are notorious for taking a long time, we’ve decided to wait and have the damage repaired when we get home.  In the meantime, we hope that the police report jogs the other driver’s memory about what really happened. 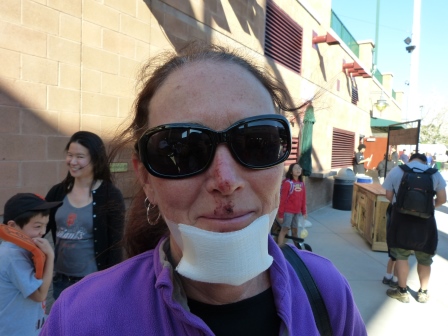 But I did get the following pictures… 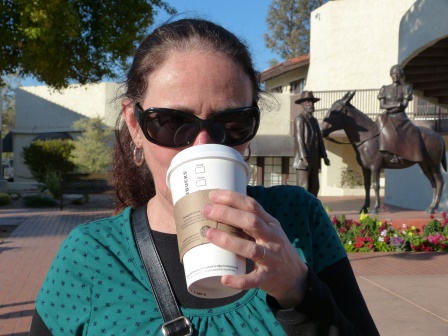 The day of the crash 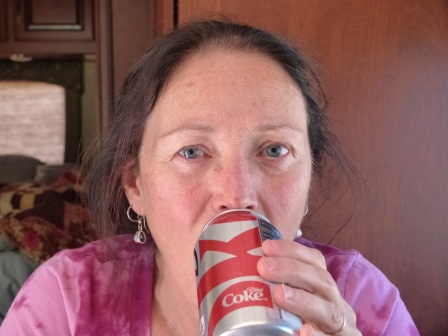 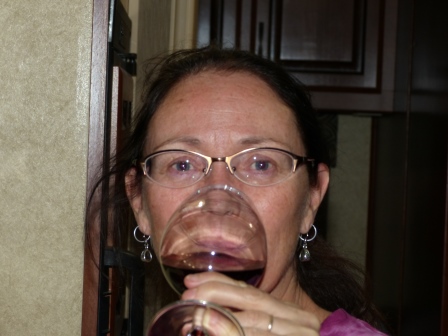 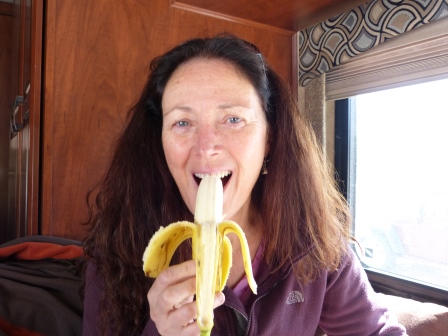 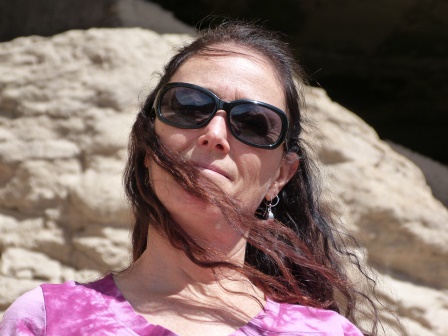 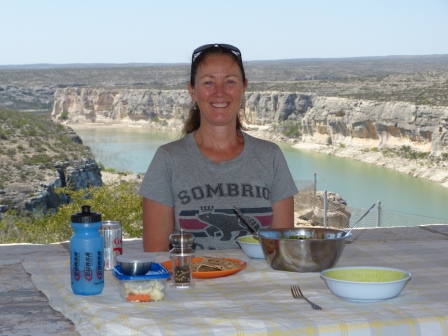