Our friends Kevin and Annette flew from Vancouver to Phoenix to visit for a few days.  They’re active people, so we planned 3 full days of mostly outdoor activities.  On Day 1 we hiked Pinnacle Peak, the ‘Grouse Grind’ of Scottsdale, though it’s not as challenging.

Pinnacle Peak viewed from the back side trail

That afternoon we enjoyed the Fountain Hills Festival of Arts and Crafts, a twice annual outdoor show, where we consumed a giant bag of kettle corn (OK, it was mostly Kevin and me).

On the morning of Day 2 we headed out to McDowell Mountain Regional Park, a popular place for mountain biking in the Phoenix Area.  With the addition of 2 borrowed mountain bikes (thanks!), we had enough for 4.  We had a few hours to ride and so we headed north on some trails that I had explored a few days earlier named Wagner, Granite, Bluff, a short section of Pemberton, and Rock Knob.

Everything was going great.  It was sunny and the temperature was perfect for cycling, a lot warmer than Vancouver!  The trails were good and the terrain moderate. 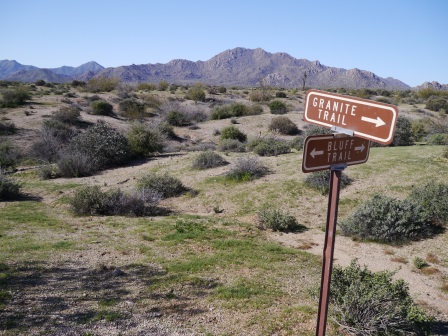 We climbed gradually as we pedaled further and further away from the campground where we began our ride. 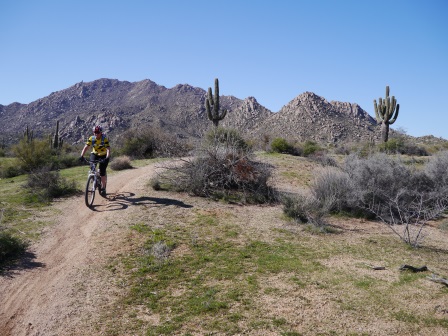 We turned around at the park boundary, aware that we had to get back in time for our planned afternoon activity. 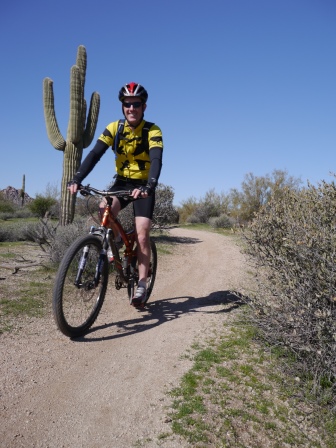 The return trip was mostly downhill.  Easier and faster.  Aside from a small section as we crossed a little valley, it was not difficult. 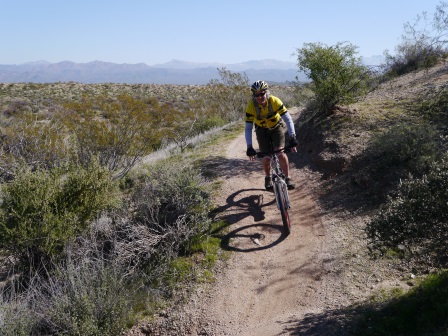 Everyone was having a great time, stopping to pose for pictures along the way. 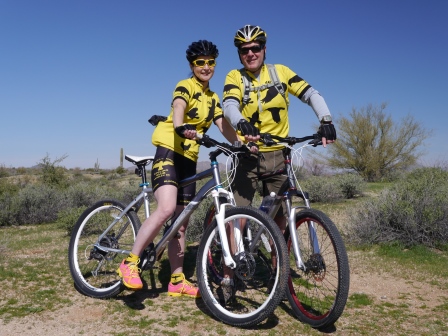 Diane was having a good time too, enjoying her first mountain bike experience. 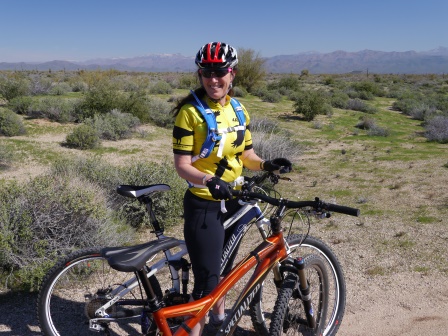 Then, with less than a mile to go, things took a turn for the worst.  While making a left-hand, off camber turn, Diane drove off the trail.  Her front tire slide in the loose gravel and she fell forward and to the left.  Luckily she avoided serious injury to her hands and body by catching herself with her face. 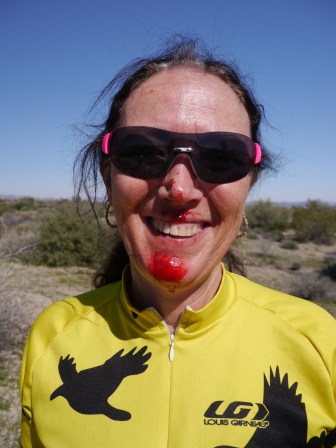 Diane was a great sport about the whole thing, despite the sand embedded in her chin and the blood running down her neck 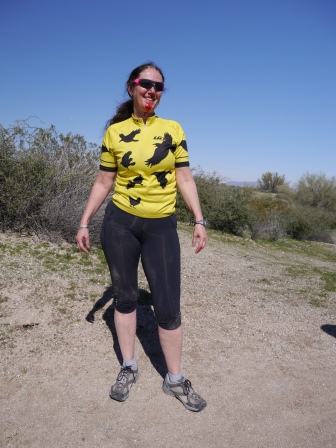 She was very concerned though about bleeding on her precious Blacka Chicken jersey.  She splashed some water on her face and cautiously rode back to the car where she changed and cleaned up a bit in the campground restroom.  Kevin had a large bandage in his backpack which she put over her chin.  Her top lip started to swell as we drove back to Scottsdale.

We arrived in Old Scottsdale just before game time. 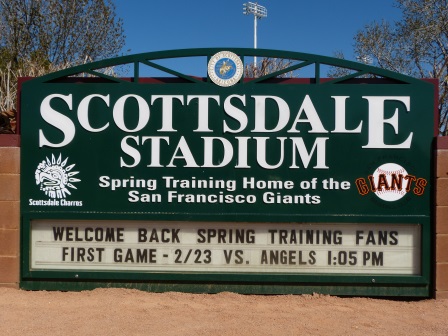 First game of the non season

We had tickets to see the ‘World Champion’ San Francisco Giants play the Los Angeles Angels in the opening game of the Cactus League, the series of baseball games that take place in Arizona during spring training. 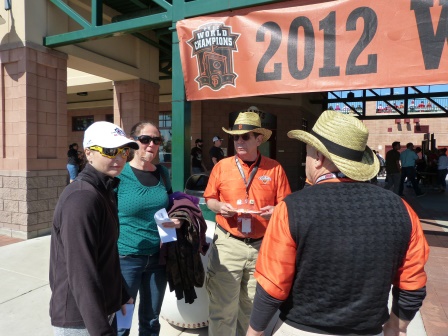 Annette and a bandaged Diane entering the stadium

We had great seats about 10 rows back on the 1st baseline. 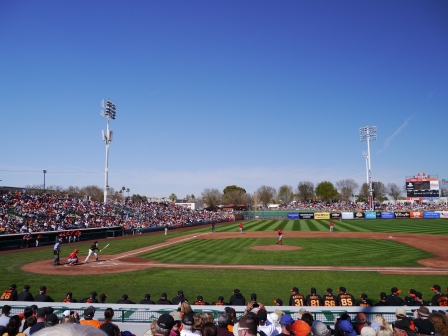 Take me out to the ball game

At the end of the 3rd inning, Diane and I went to the ball park’s first aid room.  They used distilled water to clean her wounds, but didn’t have a good replacement bandage.

Instead they used a giant gauze pad and some white tape, creating a small Santa Claus beard. 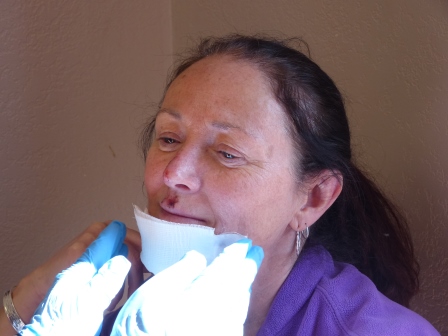 Diane’s new and not improved bandage

Remarkably unphased by the whole thing, Diane bought a hotdog afterward to take back to her seat.  Eating that hotdog with the ‘chin sling’ in place was quite a feat. 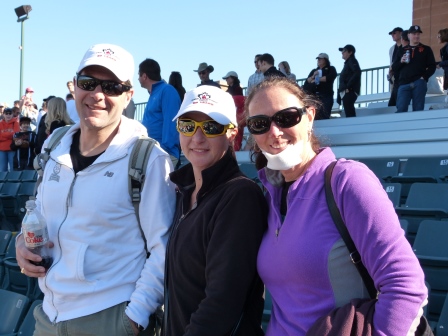 Still having a good time!

Except for the bike crash, it was another great day with our friends.  I was very impressed with how Diane handled with whole thing.  She even went out to a honky-tonk, greasy-spoon for dinner that evening! 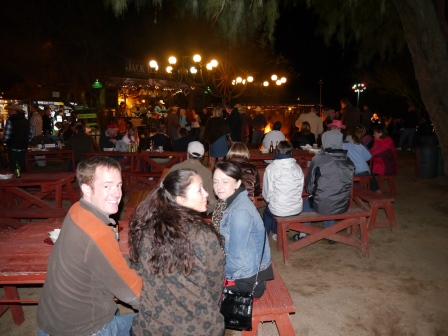 Thanks to Kevin and Annette for joining us, and to Kevin for allowing me to use some of his great photos in this post.