After several weeks of researching motorhomes and narrowing down my list (see The Search for our RV (Part 1)), there were still 10 different models we were considering, with nothing significant to separate them.  With a bout of analysis paralysis coming on, we applied a bit of intuition and started to focus on the ones that we simply liked the best.  Feeling the need to step back a bit, Diane suggested that we go down to Seattle for a night to inspect and drive a couple of our preferred units.  Sometimes a change of perspective is all one needs.  Besides, what problem can’t be solved by a night away in nice hotel, a seafood dinner overlooking the water, and plenty of wine?

We inspected 5 Class C motorhomes (those built on a van or truck cab and chassis) in detail: 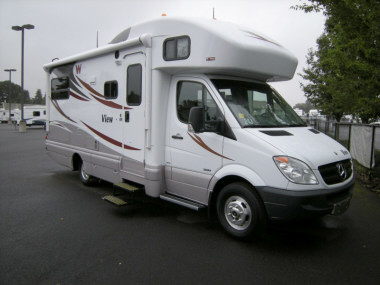 The View has good aerodynamics and the best fuel economy.  The driver seats rotate and it has the highest quality interior of these motorhomes.  Unfortunately, it only has a 2=burner stove and no oven, so these would need to be changed.  It is also the most expensive. 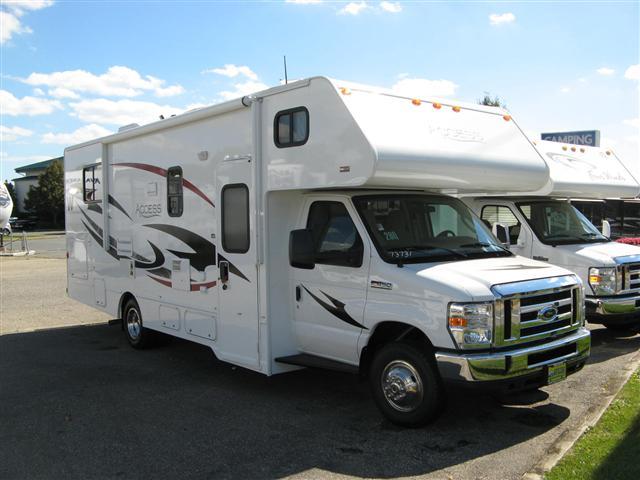 The Access is the largest of these motorhomes.  It has a queen-sized, walk-around bed in the rear.  It also has good Winnebago quality.  It has the most counter, closet, and storage space, and the largest water and propane tanks.  It is also 8.5 meters (28 feet) long and has the worst fuel economy of the bunch. 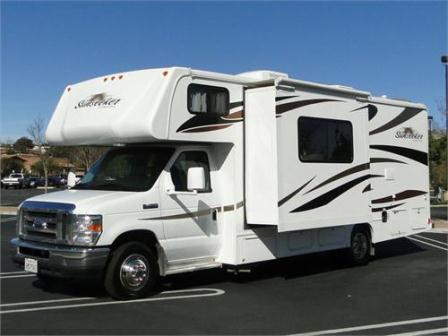 The Sunseeker has a full Queen=sized bed with Serta mattress, and heated enclosed tanks and dump valves. It is one of the most popular Class C motorhomes in North America, offering good value with a lot of features for the money. 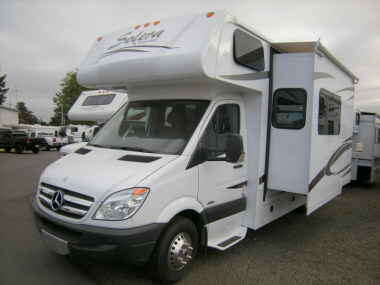 The Solera has a long electric awning and a large slide.  It is similar to the Winnebago View but of lesser quality and has a lower price. 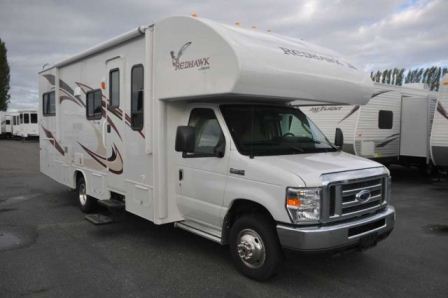 The Redhawk was just introduced this year.  It has a 32 inch flat screen TV and some other flashy features but cannot be ordered with any options. It is the cheapest of the RVs we considered, abd appeared to be of very low quality.

I compiled a list of 411 desirable features that Class C motorhomes might have.  We then completed this checklist (a spreadsheet actually) by reviewing the manufacturer’s specifications for each motorhome in detail.  Based on the knowledge I gained from How to Select, Inspect, and Buy an RV, also from RV Consumer’s Group, we physically inspected  each of the units.  Four were in BC – 2 in Kelowna, 1 in Abbotsford, and 1 in Langley, and 1 was in Mt. Vernon, WA (north of Seattle).  An inspection takes about 1 to 1.5 hours, and involves getting underneath and into every nook and cranny of the motorhome. Note that doing this can be hazardous to your health, as I learned during an inspection in Kelowna when I stood up into the corner of an extended slide from a neighbouring RV. 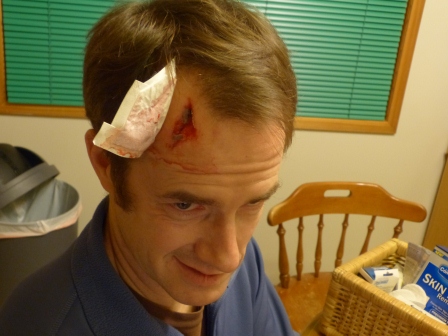 The RVs we were considering are based on 2 different chassis.  Two are based on the Mercedes-Benz Sprinter 3500 chassis which is shorter, narrower, lighter, has a 6-cylinder Turbo diesel engine, and is much easier to drive.  Three are based on the Ford E450 chassis which is 12 inches longer, supports motorhomes that are 10 to 12 inches wider, has a 12-cyclinder gasoline engine, and drives like a tank.  Sprinter-based motorhomes get 12-17 miles per gallon (mpg) using more expensive diesel fuel and the Ford only gets 8-11 mpg.  Sprinters also cost about $10,000 more, a difference in price that cannot be made up in fuel savings over the life of the RV.  On our upcoming North American trip, I estimated that a Sprinter would save us about $2,300 on fuel versus the Ford.

The biggest single influence on our decision was the test drive.  I drove one motorhome on each of the two chassis.  The Sprinter was much easier to drive and park, though it sways noticeably when driving over bumps, when walking around inside, and in high winds.  This is something that can be improved with after-market products like sway bars, enhanced shocks, air cushions, and stabilizer jacks, which could add as much as $6,000 to the cost of the motorhome.  The Ford felt rock-solid, but it was heavy, and I could hear the huge engine draining my wallet when we drove up hill.  Because it is wider it was harder to make turns while staying completely in my lane, and although we could barely fit its width in a parking space, we wouldn’t be able to open the doors if there were vehicles in the adjacent spaces.  Since Diane plans to drive the RV this trip, she wanted a Sprinter, but was concerned by the swaying.

In the end, we decided to buy a new RV in the United States. The cost of a new RV was significantly lower than an equivalent unit in Canada.  Even with the extra expenses associated with getting it back to and into the country, it cost the same as a used RV in Canada.

Which motorhome would you have selected?  In my next post I’ll reveal which one we chose!